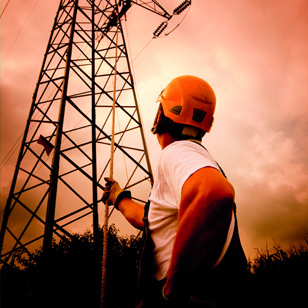 An underground cable when used at high voltage consists of one or more central conductor (core) of stranded aluminium. over which number of layers are provided in order to provide necessary insulation, mechanical strength and protection.This article is about Construction of Underground Cables

Following figure shows the general layout of a 3-core underground cable. It basically consists of the following parts.

The above parts may vary depending on the operating voltage and the application.

Core is the central conductor/conductors which carries the actual current. A cable may have one or more cores depending on the application. It is usually a stranded conductor made up of copper or aluminium. Stranding is done in order to increase current carrying capacity and flexibility.

Armouring is provided over bedding in order to provide good mechanical strength to the cable and to protect the cable from injuries during erection. It consists of layers of galvanized steel wire. In order to reduce the sheath loss, the wire is made up of high resistance material.