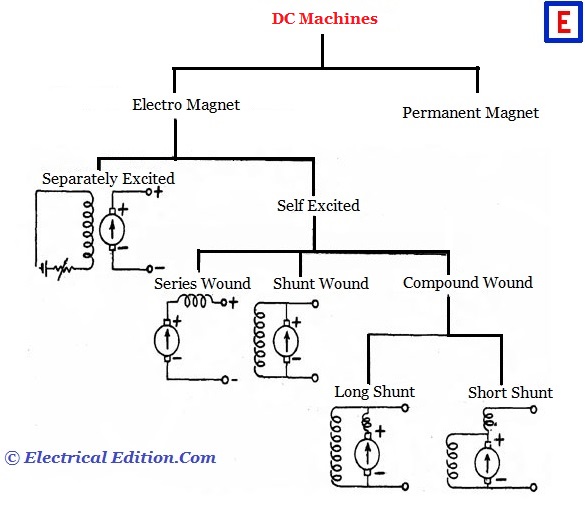 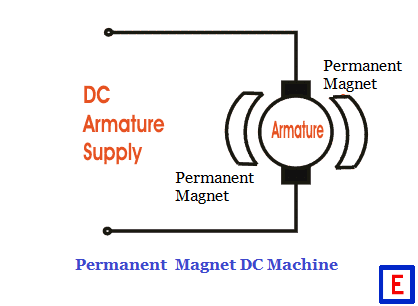 This type of machines are of low rating and consists of the magnetic poles fixed in the inner periphery and the armature coils feed or being fed by the supply in case of generator and motor respectively.

In the separately excited machine the field windings are being fed by a separate D.C source (battery) and the. e.m.f generated in case of generator would be the sum of the supply voltage and the armature resistance drop.

B) Self Excited DC Generator

If the field winding is connected across the armature winding then the machine is called the shunt machine. In the shunt generator, as the shunt winding has to overcome the generated voltage it has to be made with higher turns of lower cross-sectional conductors. They have higher resistance as compared to the series coils,but the current is less.
Let,
Rsh = Shunt winding resistance
Ish = Current flowing through the shunt field
Ra = Armature resistance
Ia = Armature current
IL = Load current
V = Terminal voltage
Eg = Generated emf 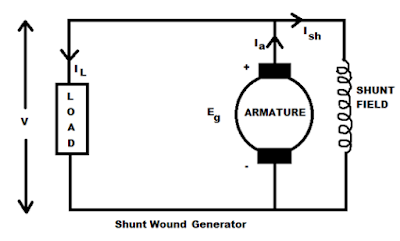 In this type of generator the field coils are connected in series with the armature terminals and the conductors would be of higher cross- section and with lesser number of turns. 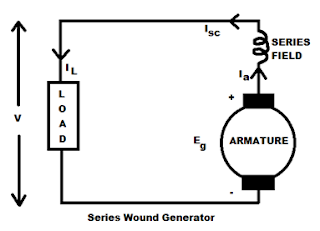 The current flowing through the coil would be the same as that of the armature current. So, it is made with higher cross-sections.

Based on the type of connection of the shunt field to the armature and series field it is classified as, 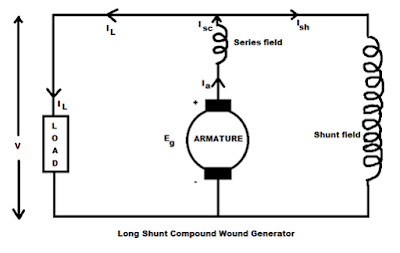 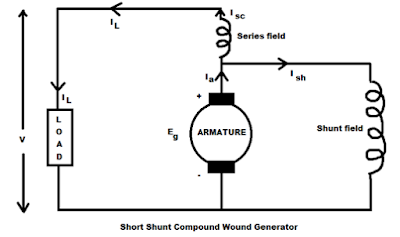